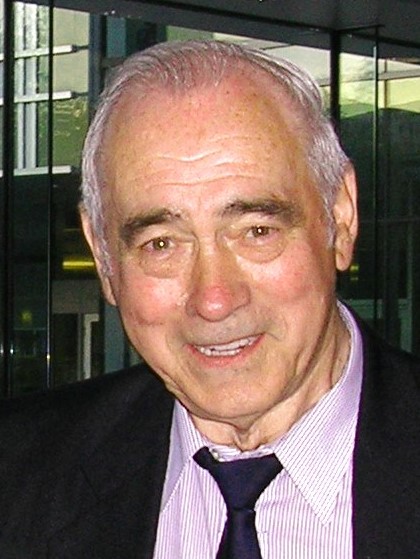 Born in Greenock, Scotland in 1929, James (Jim, Jimmy, Big Jim) Angus McArthur Lamond moved to Toronto in 1952 following service with the Royal Artillery during the post-war Berlin Airlift. Lamond transferred to BC in 1966 and soon became a coach with Richmond South Arm Soccer Club, a referee and Club President.

In the early 1980s Lamond was elected to the Richmond Youth district board, which he served as President for eight years. He was a Director of BC Youth Soccer from 1988 through to amalgamation in 1998, including being its Chair from 1992 to 1996. He served as Chair of the BCSA/BC Youth Joint Committee for two years, then a BC Soccer Director in 1998-1999.

Lamond was manager of provincial BC Games soccer teams, winning gold medals in the 1979 Western Canada Games and the 1981 Canada Games. He worked with long-time colleagues Harry Christie and Jim Richardson and was a Director of the Pacific Rim Senior Soccer League. From 2000 to 2003, Lamond was a director of Canada Soccer, including Chair of the Competitions Committee and Head of Delegation with national youth teams in 2000-2001.

In Richmond, Lamond was a founding member of the Richmond Sports Council in the 1980s, and served as Chair for over 15 years, an active proponent of better facilities and support for all sports. Lamond volunteered with the 1979 Richmond BC Summer Games, served on Richmond's host committee for the 1989 BC Forester Games for disabled athletes. Lamond was Chair of the Richmond 2009 BC Seniors Games, and led a successful bid to host the 2020 Seniors Games (which was cancelled by Covid). In the 2000s, Jim Lamond was a co-founder of Richmond's KidSport chapter.

Jim Lamond's recognitions include Richmond's "Sportsman-of-the-Year", BC Soccer Life Membership in 1996 and Special Recognition in 1997, Canada Soccer Award of Merit in 2001, BC Soccer AC Sanford Award in 2003, Sport BC Community Hero Award in 2013, induction into Richmond's Sports Wall of Fame in 2016 and the BC Community Achievement Award in 2018. Jim Lamond was inducted into the Soccer Hall of Fame of BC in 2022.

In July 2022 at age 93, Jim Lamond passed away "with his boots on", while still serving sports as Chair of Richmond Sports Council.

Soccer Hall of Fame BC Member